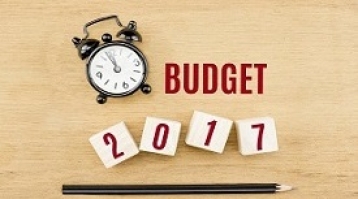 15 SMSF UPDATES REQUIRED FOR THE 2017 BUDGET

It’s been a decade since Simple Super was introduced in 1st July 2007 and since then, we unanimously agree to have never ever seen such significant changes in superannuation!How will this impact you? What are the updates required as per the recent budget changes to superannuation? We’re going to try to address these questions in today’s blog post. Read on to find out the important aspects to consider under the current changes and why your accountant wants you to apply for these changes. If you’re thinking whether this change is for the better, then we’d want to break it to you early that you’re right! The 2017 budget changes to superannuation definitely covers up some major fail areas of the 2012 update.

“Members who were the beneficiaries of the positive tax changed ten years ago, are the majority of people who will be impacted by the changes post 1 July 2017”, says Dr. Brett Davies of Legal Consolidated, in his post that outlines all the required changes and updates.

A brief pre-cap to the current changes. Here are the nuances that brought in updates prior to the 2017 Budget:

We believe firmly that the 2017 Budget is for the better. A fat populace of Trustees haven’t updated their deeds since July 2007 and now would be a befitting time for a review of their deed.

With due credit to Brett Davies of Legal Consolidated, for putting this together, we’re going to proceed to lay it out exactly like he’s done in his post.

The 15 changes to SMSF Deeds required after the 2017 Budget are to:

These SMSF updates are all required to give maximum flexibility to your accountant and adviser.

Specific drafting related to the amendment of trustee powers providing clear direction in relation to the following:

when the going gets tough – it’s time to outsource

Now that’s a first right? It’s true nevertheless! With the current changes, almost all CAs and accounting firms are overloaded with the number of deeds that need updating. Are you stuck in a similar soup?

Your first option is, you can roll-up your sleeves and get to work with all the updating, and while you’re at it, remember to spoon-feed all the accountants that work for you – we mean educate each and every one of them about what needs to be updated and what scrutiny is required on each client’s holdings. Already sounds ominous doesn’t it? Imagine having to review their output at the end of it all.

Your second option is to outsource to experts at Velan! Even in the light on Budget 2017, your competitors are functioning smoothly thanks to the second option! What are you waiting for? Call us now @ +61-3-9034-9709